With Stories, We Make the Seemingly Broken Whole 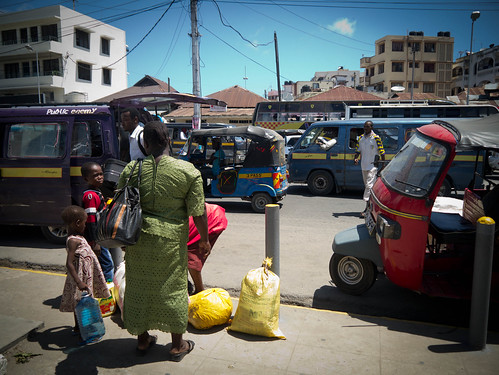 You may not know it, but I spent three glorious months in this beautiful country last summer. Like a child first understanding the world, these were among my first words. Somehow, they just made sense – they just fit. Find yourself in Nairobi and you’ll know exactly what I mean. Nothing describes the matatu experience like “matatu ni matata.” It’s like paying a very cheap fee to get on a carnival roller coaster knowing the standards are infinitely lower than going to an amusement park. It’s those three drops of adrenaline that replace your coffee buzz knowing it isn’t entirely or even mostly safe. And, like a carnival, it will give you some of the best memories you can get. All the amusement parks fade, and the memory of spending even five minutes with a few extra drops of adrenaline doing something unequivocally, unforgettably local, cultural, and communal will last.

We aren’t attending a carnival, so I’ll let the simile lie with this: just like those attending a carnival you have mostly two types of people, the veterans and the newbies. And as it always does, privilege comes into play. This is where the simile ends. Veterans are veterans for a reason – and it isn’t because they wanted the cultural experience of riding a matatu. While we newbies might want the exhilaration and photos that accompany an authentic Nairobi matatu ride, for hundreds of thousands of people this is life, this is normal, this is reality.

50 Camels and a Needle

Matatus are like four row family minivans cleaned out, fitted for 10 to 15 people, and used for public transport. They vary in size, shape, and color. All have vamped up stereo systems, which you can hear blasting down the street at night, and multicolored lights that make each bus look like a rainbow disco party. Each matatu has a conductor and a driver. The conductor, or tout, is in charge of getting customers and collecting bus fees. Sometimes during rush hour when 10 to 15 seaters turn into 15 to 20 seaters you’ll find them hanging off the side or chasing after the bus until enough get out for them to fit. The driver is mostly in charge of making solid metal vehicles fit through unbelievable and mildly alarming spaces.

Before they were formalized with the Matatu Owners Association and registered under the Sacco Societies Regulatory Authority (SASRA), most were ran by a really prominent Nairobi gang called the Mungikis. Though matatu culture is changing today with many new conductors – even women – it wasn’t that long ago that most touts were part of the Mungikis, and their signature characteristic was wearing their hair in long braids.

As I’ve implied before, matatus do what they want on the road, and the reason for this is really good. Nearly everyday each matatu pays a bribe fee. The traffic cops on their rout ask for around 2000 Kenyan shillings, and as long as they pay they get to keep doing their job. If they refuse to pay, the bus is impounded and they are likely to be brought to jail (on often fabricated charges). This amounts to thousands of Kenyan shillings (easily equivalent to a couple hundred US dollars) lost in a missed days work and thousands more in paying bail, court, and impound fees. So the very short question is $20 now in bribes or several hundred dollars later? It’s a short question because obviously it’s one that goes unasked. Any economically rational actor pays $20 now and saves at least $200-$300.

I’ve heard many people, particularly expatriates and very privileged Kenyans, describe them as dumb and/or immoral, but the truth is they are neither. If morality was defined by a privileged person’s ability to pretend these things aren’t complex, then I could see why he/she may say they are immoral. Luckily, the privileged don’t have a monopoly on morality. These things are so much more complex. In fact, in many ways the question isn’t bribe or no bribe. It’s how big and do you want a receipt. 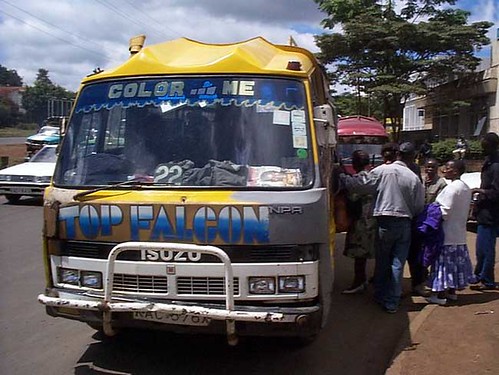 Bringing It All Together

Matatus are a fact of life here in Nairobi. They aren’t going anywhere, and in my opinion they shouldn’t. They are an easy, pretty organized, cheap way to travel. Because of them transportation is an equal affair. Everyone has a way to get around and even more people have work and access to other means of work because of them. For locals they are a reality, and meet a very important need. For visitors and travelers, they are a very interesting piece of local culture. Even the music changes by the community you are matatuing through. This makes it a rich cultural experience to be had, and a really reasonable way to get around if you are one of those travelers with a few less dollars than your typical Nairobi visitor. That said, the next time you are newbie looking to ride a matatu I hope you remember that you are entering someone else’s domain, someone else’s life and reality, and you have a serious obligation to be respectful of that. So here are a few things to keep in mind:

If you open yourself up to people’s way of life instead of separating yourself from their reality, you’ll be surprised how many doors and people open up. This is as much a way of humbling yourself and connecting, as it is understanding local culture. So next time you are a newbie thinking about riding a matatu, keep that in mind and I bet you’ll have a blast! And maybe even make a few new friends.

Until next time, I hope you have a great week.

This site uses Akismet to reduce spam. Learn how your comment data is processed.